This weekend I did something my teenage self could have only dreamed of. I headed to Las Vegas to enjoy performances by musical icons whose music provided the soundtrack to my youth (even though they couldn't be more different than one another musically): Metallica on Friday night, and Billy Joel on Saturday. Both performed at the new Allegiant Stadium (which looks, from the outside, like the sports-arena equivalent of the Death Star!).

I lucked out on Friday and was invited into the Wynn Field Club. Watching the show from there, VIP style, I saved myself the embarrassment of leaving with “old guy who thinks he can still hang in the mosh pit” injuries. Boston-based metalcore act Ice Nine Kills was the first-of-three on the bill—not really my bag (think screamo-style Fall Out Boy) but the onstage theatrics were entertaining (the singer came out with a chainsaw at one point). The direct support, Greta Van Fleet, was an odd choice for the night, but I do like their material, and I was excited for them to be able to play in front of 65,000 potential new fans.

Metallica kicked off their set—guns blazing—with "Whiplash," their first single from their debut album. It set the tone for the rest of the night, hit after eardrum-shattering hit. There were guitar solos, there was pyrotechnics, there were metal horns held high for over two hours…and there was Advil the next morning. It's being reported this was the largest metal concert Las Vegas has ever hosted!

Saturday's Billy Joel concert, as you can imagine, had a different vibe altogether. Whereas the General Admission area for Metallica was standing room only, the floor for Billy was seated and organized. And while the average age of concertgoers for Metallica was 25–54, the ages of the Billy Joel fans spanned from 18–80! My seats were fantastic: right in front of the mixing board. Best sound in the house. Huge score!

Billy’s 26-song set (!!!) started with “Movin’ Out (Anthony’s Song),” and he then proceeded to play all the hits, as well as a handful of album cuts which do well in front of live audiences, including the jazz-tinged “Zanzibar” and crowd favorite “Vienna”. He also paid tribute to his friend, the late Gary Brooker of Procol Harum, with a beautiful performance of “Whiter Shade Of Pale.”

For me, the highlight of the evening was hearing Billy’s guitarist and backing vocalist Mike DelGuidice sing the aria “Nessun Dorma” in Italian as a prelude to “Scenes From An Italian Restaurant.” It was jaw-dropping. I may have even shed a couple of tears (shhh).

Even at 72, Billy Joel’s still got it. There wasn’t much running around the stage, but he kept the crowd entertained—I can understand why people keep going to see him at his monthly Madison Square Garden shows.

Capped off the Vegas weekend with a way-too-large Italian meal at Carbone. Including, of course, a bottle of red and a bottle of white. 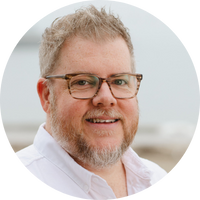 Mike is a music fanatic whose background is like a Swiss Army Knife of the music industry. From programming major-market radio stations to managing globally-successful artists, he's known as a tastemaker with his finger on the pulse of musical trends.

There's NOTHING like live music. As we resume this shared experience, our team reflects on the newly precious joy of hearing musicians we love irl.

What does it cost to license music for my startup's app?