There's NOTHING like live music. As we resume this shared experience, our team reflects on the newly precious joy of hearing musicians we love irl.

Backstreet's Back, Alright! - by Claire McConnell

Winning concert tickets on the radio has long been an item on my bucket list. I had visions of someday hearing “Congratulations, you’re caller 10!” and walking away with tickets and a great story. In the last few years, however, I had kind of given up on that dream. I just don’t listen to the radio as much anymore - although it’s still my preferred music source when driving, and as a curator, I still think it’s important to see what new songs are gaining traction on the radio. But with social media contests and more efficient ways to promote concerts these days, the idea of winning tickets on the radio seemed like a thing of the past.

So one early morning in late July, I was driving to drop my car off for maintenance and hit some traffic. It was just before 8 am in the Bay Area, and since commuting isn’t part of my daily routine, thanks to Feed Media Group’s remote work policy, I had forgotten that traffic might be a factor in my trip. I was scanning through a few radio shows during their morning segments when I heard Star 101.3 do a call out for their trivia game to win Backstreet Boys tickets.

I figured why not give it a shot? I’m going pretty slow, and the number is easy to enter into my phone before my car Bluetooth kicks in. I don’t even hear a ringback tone before a voice says, “Thanks for calling Star101.3, please hold.” My inner monologue is going crazy - “oh my god - I got through - I never get through - I hope I don’t sound dumb on the radio - what did they say the prize was again…”

Luckily, by the time they found a second caller for the game and after some pleasantries with hosts Marcus and Cory, I was exiting the freeway and could pull over to concentrate on the game. It’s a general knowledge trivia game with two contestants where you have 50 seconds to answer 5 questions back-to-back while the other caller is muted, and whoever gets more correct answers wins.

I was sent through the trivia gauntlet first, and some kind of radio stage fright nerves have set in, but I go with gut instinct and am happy with my answers until the final question - “who directed the 2009 film Avatar?” I draw a complete blank. I can’t think of a single director before time runs out, and I go on hold while the other contestant answers. They add me back on the line to go over answers, and the other caller had one more wrong answer than me, so cue the confetti - Brian/Kevin/AJ/Nick/Howie, here I come! I text my best friend of 26 years, recount the story and ask if she wants to come with me and live out our ‘90s dream.

The boys delivered an energetic set for their DNA World Tour, leaning on the classics and their iconic choreography while playing a few new songs as well. If you thought time could erase the lyrics from “The Call” or “Show Me the Meaning of Being Lonely” from your mind, every word came rushing back immediately. And tracks from 2019’s DNA album like “Breathe” and “Don’t Go Breaking My Heart,” showed they know exactly what they are made of: tight harmonies and soulfully sophisticated pop.

The nostalgia levels were high as they made light of how long they’d been performing together (30 years!) and reflected on their status as now very much grown-up teen heartthrobs. They easily resumed the long-time connection they’ve built with their fans as affable performers. I audibly laughed out loud when they brought up posters from Tiger Beat magazine and enjoyed the heart-warming video tribute to their families during “No Place.”

It’s easy to see the current ‘90s nostalgia as a trend, but by the time the encore finished with “Larger Than Life,” I was convinced there is as much to love about the Backstreet Boys in this decade as there was then. If I could tell my 9-year-old self I would win BSB concert tickets on the radio in 2022, I don’t think I could have even fathomed it, but I’m happy to have finally been the lucky caller.

Claire is a music and pop culture obsessive who loves fine-tuning the art of the perfect playlist. Outside of her interest in music, she is die-hard SF sports fan, triathlete, and scuba diver

Feed Media Group is built by a team of music lovers. We want everyone to experience the power of music, and we're passionate about our work. 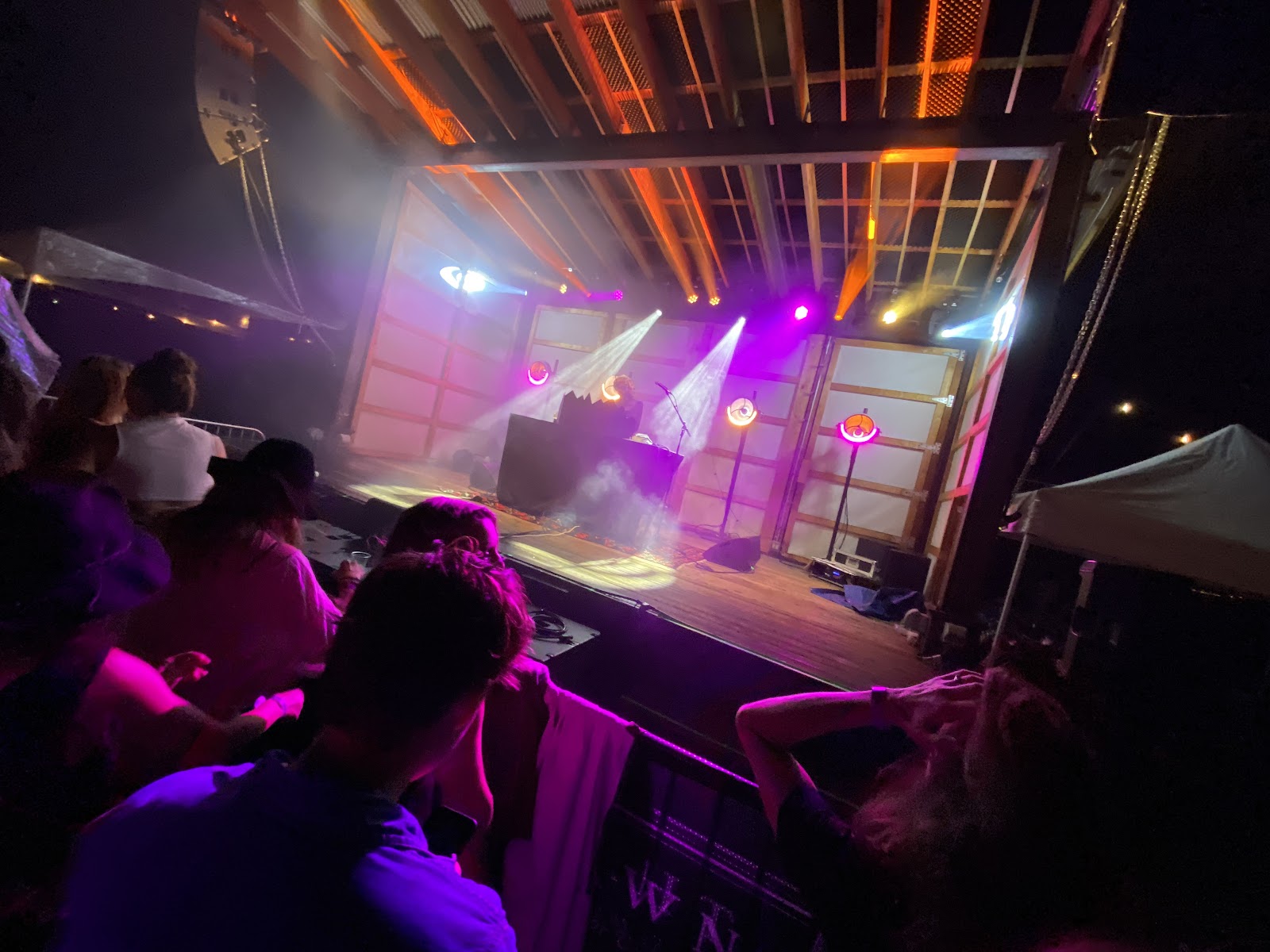 Power of Music Joy of Music

From the Field: Live Music Returns to a Small Town in Colorado

A Look Back at the Original Music Curators: A&R Reps